How to be a happier introvert

Well, when I say ‘how to be a happier introvert’ I am letting off steam so you’ve been warned! In the last few weeks there has been a number of articles and blogs telling introverts that all you have to do is act like an extravert and you’ll be happier. Have you read any of them? What did you think?

I’m going to write about what I saw as the flaws in the articles suggesting that you just have to act like an extravert to be a happier introvert. But first, what did the articles say?

What the articles said

Introverts (taken as people who tend to be reserved or quiet in social situations) can be much happier if they become extraverted (taken as more talkative and spontaneous. The articles were all based on a new study from University of California, Riverside where

One article about the survey had the title “Faking it: could I go from being an introvert to an extrovert in one week?”, followed by a statement “New research has found that being an extrovert makes you happier.”, where the reporter socialised during the week. It misses the point that introverts are happy to socialise, when they want to.

A good point made by the UCR study was that most descriptions of extraversion are more flattering than those linked to introversion. I agree, especially when you’re told that an extravert “dynamic” and introverts are things like “withdrawn.”. I’m proud to be introverted but wouldn’t want to be call withdrawn.

So, for the study the adjectives for extraversion used were “talkative,” “assertive,” and “spontaneous”; which is what people were asked to be. When acting as introverts they were asked to be “deliberate,” “quiet,” and “reserved.”

But, don’t these definitions miss something important?

What is a definition of an introvert?

Where in those 2 key points does it say anything about being withdrawn?

I agree that internal processing is likely to make fast conversation harder. However, the main definition point is that energy levels drop for introverts when surrounded with people. I, and most introverts I’ve interviewed can socialise, are positive and can be talkative.

What happens when an introvert acts like an extravert?

For a long time I’ve said that introverts can act like extraverts, what’s more I can feel good at the time (but I normally feel good anyway).

If introverts act like extraverts, spending time in groups, being talkative, etc. they will end up feeling tired, which is not something the articles talk about. The articles miss the whole point about energy levels.

Extraverts are not superior to introverts, nor are they always happier. A good takeaway could be that social interaction is important to everybody, it’s a shame that doesn’t come across in the headlines.

“When we interact more with other people, we get positive reactions,” Mark Leary (professor emeritus in the department of psychology and neuroscience at Duke University).

I like the points made, but I just don’t think they support the headlines getting shared. What do you think, did I need to get as steamed up? 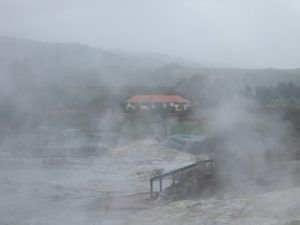 Reference: Margolis, S. and Lyubomirsky, S. Experimental manipulation of extraverted and introverted behavior and its effects on well-being. Journal of Experimental Psychology: General (in press), 2019 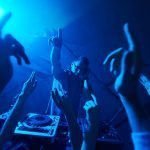 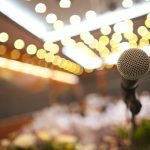 Being and introvert AND a leader (podcast) 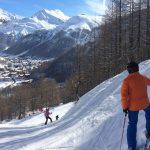 Can introverts be great leaders?