What would you assume of the following news headline?

In many business settings people conflate quiet with not being strong and both of these get called introvert. Introvert does not mean the same as shy (I know many shy extroverts), yet shy is often used as a negative label in the same sentence as introverts.

Why is introversion seen as negative?

The issue is that introversion is poorly understood. Returning to the Guardian’s headline on 26/10/19; being introverted does not mean that you are surly or inflexible! As the article went on to say when discussing May’s campaign which “cruelly exposed her unusually inflexible and introverted character”

“She was very quiet and seemed unhappy.” Many introverts get frustrated by comments like this. Being quiet doesn’t mean you’re unhappy or there’s anything wrong. Most introverts are quiet when, in their mind, they have nothing to add (as opposed to people who seem to always have to say something in a meeting even if it’s been said three times before – Do you know some of them?).

The Toronto Sun also showed a lack of understanding of introversion when telling the world that Justin Trudeau is an introvert in Feb. 2020

How to make small talk easier for others 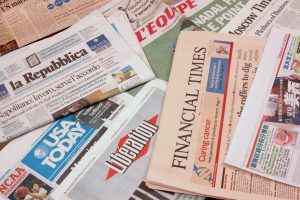 “I’m the leader of the Conservative party, not a presidential candidate,”

Being an introvert has many positives

Theresa May maybe an introvert, or not; my point is that the reporting of this “fact” fuels the misunderstanding of what an introvert is.

“I’m the leader of the Conservative party, not a presidential candidate,” May said, according to the book. “I’m not comfortable. I don’t want it to be about me.”

Many introverts would make a similar statement to the one above, when talking about their team or their business, realistically that’s a positive point! In a business setting it’s like sharing the praise for the department/ team/ business with the whole team, not hogging the limelight to the exclusion of the team.

Other introvert positive traits often include:

I call many of those introvert superpowers and think we should focus on these rather than erroneous negatives.