Of course you know that staff turnover costs money, you’re a leader, you’re an HR expert and it’s what you focus on? But are you missing something when it comes to staff turnover?

One of my friends was shocked yesterday, one of her staff left. Yes, the one that had seemed so happy! So much so that my friend started doubting all the work she’d been doing (which is probably why she called me- but don’t tell her I know that). It turns out her leaver was a quiet achiever who got on with the job and my friend just got used to their hard work.

“But she was happy, it only happened because she was approached by an agency and offered more money”.

Hmmm, let’s think about that. Perhaps that’s a cop out.

Of course she would have stayed, had she not been approached.

Of course she would have stayed, if she wasn’t offered more money.

Are those true and are they the point?

More people leave because they feel undervalued and underappreciated than because of the money. How many CIPD reports have you seen with that sort of information? You knew that, in your head, not your heart. 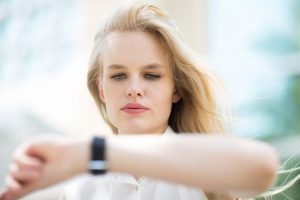 Both Extroverts and Introverts tell you when they’re unhappy, but one group does it loudly.

Chances are the extraverted and unhappy members of your staff shout about being unhappy. The introverted ones do tell you, but you may not have noticed and they only did it once. Even then they told you quietly, almost like a hint of unhappiness. It’s a bit like the paint I just brought, it looks like white despite being called hint of orange. Until I look at it with something orange on the wall, then the orange stands out.

So if you got better at hearing the signs earlier, you could do something about it. When they’ve already been approached, it’s too late.

The real cost of turnover?

You already know there’s months while the new person gets up to speed, months while you’re recruiting and some time before the old person leaves when they’re not “fully effective”.

Then there’s the impact on the rest of the staff and the time you spend recruiting (or paying somebody to). PLUS you’ll probably end up paying the new person more.

It’s easy to overlook people who get on with the job and don’t seem to complain. There are always noisier people who complain more.

Introverts are a third to a half of your team isn’t it time to give more time to understanding introverts?

Gina Gardiner is well known for her leadership expertise and illuminates the way for enlightened leaders to create a more profitable & meaningful mission. Here's our discussion on leadership and managing introverts.

TLDR: The cost of staff turnover

Of course you know that staff turnover costs money, you’re a leader, you’re an HR expert and it’s what you focus on? But are you missing something when it comes to staff turnover? The resignation shock One of my friends was shocked yesterday, one of her staff left. Yes, the one that had seemed so […]
Related content you may find useful:Managing introverts | Managing staff
This website uses cookies to improve your experience. We'll assume you're ok with this, but you can opt-out if you wish.Accept Read More
Privacy & Cookies Policy