Wouldn’t it be really easy if everybody wore a sign telling you how to communicate with them? Maybe if we were all telepathic that would happen, unfortunately I think there would be other issues instead! Spotting an introvert isn’t always as easy as some people think, so here’s some ideas about spotting an introvert.

Of course you can sometimes see introverts and extroverts, but it’s not always that easy.

The western model of success is, in many ways, an extrovert driven one so it should be no surprise that some people will try to behave in extrovert ways. Sometimes introverts hide in plain sight because it’s easier, but that doesn’t help them be as productive as they might.

One of my favourite fish to see is the flounder, sometimes I think of them as the introvert of the undersea world. It’s easy to swim across a sandy seabed and not notice them lying there. Is it only me who thinks they’re lovely, or do you think they’ve got no sole (sorry, that was bad). As a general statement the more we are aware of something and relax, the  better we get at spotting it. 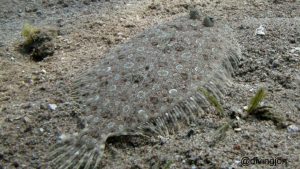 The following points are not an exclusive list, nor is it right to say that somebody is an introvert simply because they’re doing one of these behaviours. However, the more somebody does, the more they are likely to be introverted.

If you understand the communication and activity preferences for your team in more detail, you can help them (and yourself) be more productive by working slightly differently with them.

This article is tagged as follows, click on one of these tags to read other ideas on the same subject.
Tags: communication, leadership, Manage introvert, Managing staff
This website uses cookies to improve your experience. We'll assume you're ok with this, but you can opt-out if you wish.Accept Read More
Privacy & Cookies Policy