2020 was a milestone in many ways, one was the unleashing of working from home. It’s been growing for many years (I started WFH in 1988) but was enforced for many employees last year.  Changes to working practices take time, it’s one thing working from home but another managing staff are working from home. You’ve probably been doing it for a while, but as it’s a new year, maybe it’s time for a review and some fresh “resolutions”

What will normal be?

Hopefully COVID will now subside as an issue and many people will return to the office. But many reports suggest that WFH will remain for many people, for more of the time. Suggesting working from home will become normal.

So this is a good moment to review how you’re managing staff working from home. It’s new year, that’s always a good time for promises.

Who is working hard?

Presenteeism was a management fad a while ago; managers stayed longer and longer hours to show they were working hard and (hopefully) get respect from their staff.

Has presenteeism died away?  If you see someone at their desk they must be working, right? It’s an underlying assumption many leaders have, even those who initially say otherwise. The real question should be are they being productive ?

That implies if you can’t see them, you worry they’re not working hard. In 2020 we got better at accepting people were working from home, but many leaders still have a fear that WFH = not working hard and want everybody in the office.

It’s natural to look for evidence. Evidence is not always as easy as counting keystrokes or the like and we tend to start with a cognitive bias. “The evidence” is gleaned when we hear from staff, know what they’re up to, how they’re feeling and thinking.

Therein lies the problem. Extroverted employees feel de-energised without enough social interaction. In the office they might get interaction at the “water cooler”, stopping at your desk or chatting to colleagues. Now they’re working from home that interaction is emails, online chat or phone calls to you or their colleagues. So you hear from them, as it suits them!

Your natural assumption, as you know what they’re doing, feeling and thinking? They’re responsive, engaged and productive.

Who do we assume isn’t working hard?

Then there’s the others, the ones that don’t keep in touch as often. The ones that don’t proactively let us know every time they’ve done something and don’t tell us how they’re feeling. In fact, they may give only the barest of information about feelings in your virtual team meetings.

The introverts in your team are (for most tasks) more productive when left alone, as there’s no interruptions, distractions, or gossip. They get on and focus on the job, without the noise of the open plan office (when it’s noisy introverts find it harder to concentrate).

However, they’re not going to proactively call you as often and they’re not likely to share their feelings in your team meetings. The easy assumption? They’re not as engaged or productive. Don’t be shocked, many leaders think it.

These tips will help you improve your team’s productivity and help you focus on your role rather than stressing about your team. You’ve had 2020 to practice managing working from home, use the new year as time for new practices in your team.

Articles on how to run effective meetings - Virtual or face to face. Click here.

Ben Drury, otherwise known as "The Culture Guy" is an expert in company culture. Ben knows a thing or two about culture. Here's what he said about company culture and introversion. 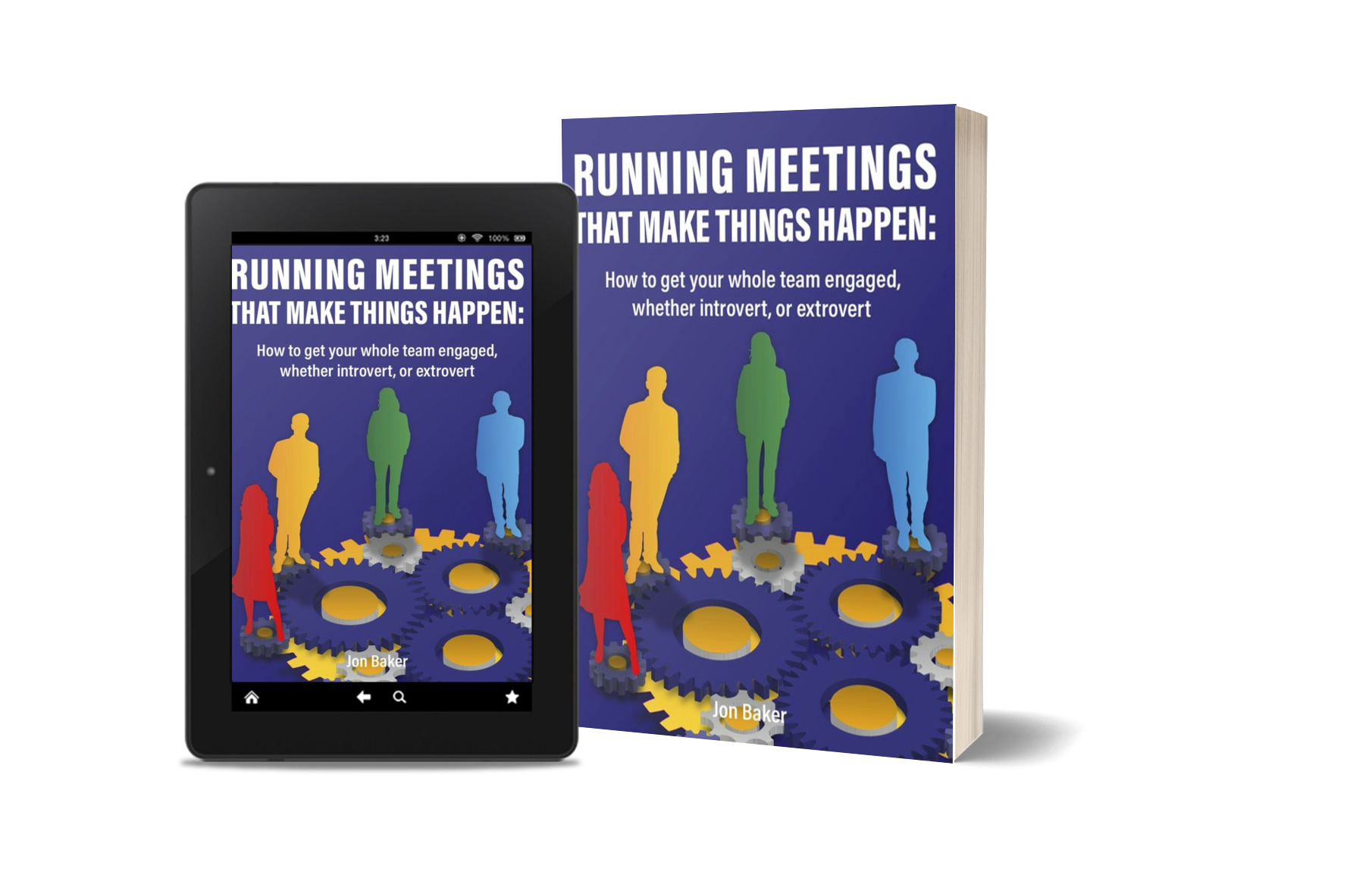 Get all the bonus material from the book.

"Running Meetings that make things happen costs £8.50 on Amazon and can be with your for Christmas.

This article is tagged as follows, click on one of these tags to read other ideas on the same subject.
Tags: energy, Extravert / extrovert, leadership, Manage introvert, Managing staff, remote meetings, Team
This website uses cookies to improve your experience. We'll assume you're ok with this, but you can opt-out if you wish.Accept Read More
Privacy & Cookies Policy

Get all the bonus material from the book.

"Running Meetings that make things happen costs £8.50 on Amazon and can be with your for Christmas.

Reserve your space now,
spaces are limited to allow questions

The programme isn't yet complete.

Reserve your place and get updated as new speakers are added.

Thank you, your space is reserved and we will keep you updated

Your email address will only be used to keep you up to date on this summit and related ideas.

Let's agree that death by chocolate might be OK, but death by spam isnt - so we won't!